In Announcements Freight Road transport Posted May 1, 2013 at 3:40 pm
By Magellan Logistics 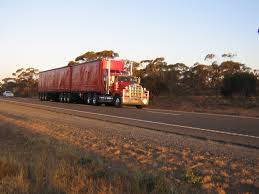 30m B-doubles will be granted access to the Monash and West Gate Freeways including CityLink and EastLink.  Restrictions such as a 90km/h speed limit, GPS tracking and 68.5 tonne weight limit will be enforced.

Neil Chambers, CEO for the Victorian Transport Association (VTA) said, “Not only will this decision lower distribution costs, it will have a positive economic and job creation effect in the trailer and component manufacturing sector which is strong in Victoria.”

The Cubic Freight Network will consist of identified divided highways in regional areas and the B-double network in metropolitan Melbourne.  HPFVs will have access to these routes.

“In meeting the Performance Based Standards (PBS), these vehicles will be among the safest on our roads with an anti-lock braking system (ABS) on all axles, roll stability control, low-speed turning capability, superior on-road tracking behaviour, as well as front, side and rear under-run protection”, added Mr Chambers.