Containerisation makes the world go round 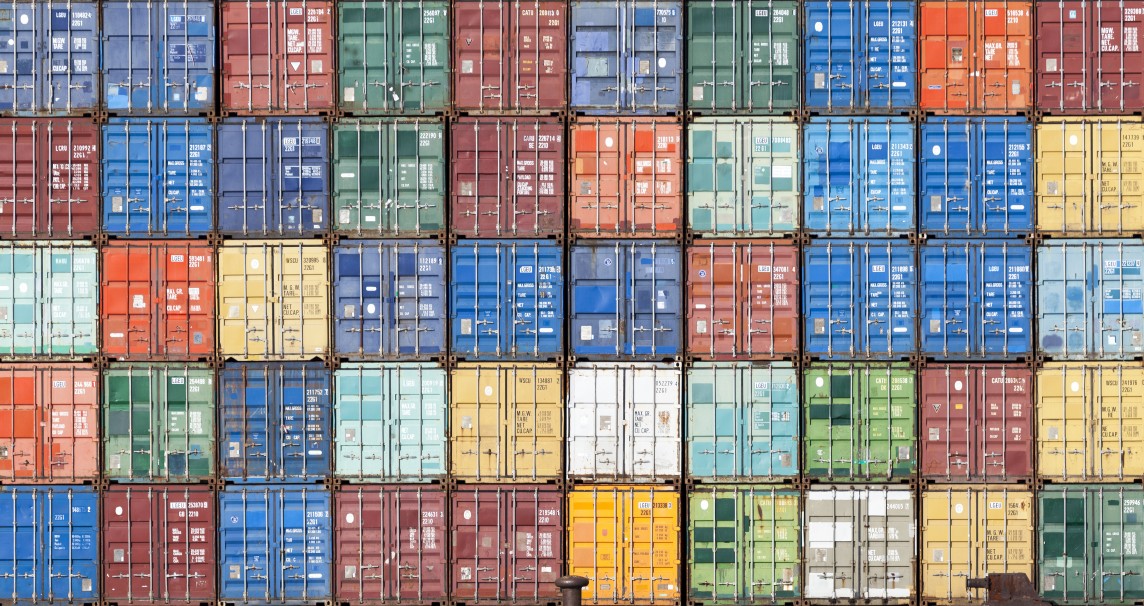 The brief and transformational history of containerisation

In the late 1930s, Malcolm McLean, a North Carolina truck driver was becoming more and more frustrated by constantly having to load, unload, repackage and store his bales of cotton as they were transported from plantation to port. He thought there must be a better way.

What if he could pack the cotton once into large containers that could be easily loaded on trucks and ships?

In 1956, around 20 years later his original spark of invention was realised, and McLean’s first container ship set sail from New York and the universal shipping container began to replace the myriad ways that food and other cargo was shipped around the world. The entrepreneur’s invention solved the many problems that long distance shipping had endured for centuries would eventually go on to change international shipping forever.

Since the early 17th century shipping had been a difficult and labor intensive business. Goods from overseas were loaded on and off ships individually, by barrels, crates and burlap sacks. The process required many workers, around week for every ship, and lots of cargo was lost due to spoilage and damaged packaging.  McLean’s innovation, allowed for goods to be packed into large and sturdy containers at their source – farm, factory or warehouse. These intermodal containers, designed to be moved by various forms of transit, were able to be easily picked up from trucks or trains and transferred directly onto ships and back again without the need to unpack and repack the contents.  This significantly reduced transport costs. If a team of 18 men once needed eight hours to move 80 tonnes, containers allow nine people working in a row to load 2,000 tonnes in the same amount of time.

This outrageously simple new way of shipping, using one container that would fit on many modes of transport allowing goods to be transported from sender to recipient unopened, was not without early opposition from unions, ship owners and ports who were concerned for their jobs and the cost of the new port infrastructure.  In Europe, the idea was not taken seriously and many saw McLean as a fanatical American.  But no-one could argue with the numbers; McLean’s cost/benefit analysis won the day.

Initially used only along the east coast of the USA for dry goods, the standard intermodal shipping container was swiftly adopted internationally. In 1961, the International Organization for Standardization (ISO) established worldwide standards for containers. While many different sizes are used today, the standard for transporting goods is still the 20-foot container, “Twenty-foot Equivalent Unit,” or TEU. In 1966 the first international shipment of 110 containers from the US arrived safely in Germany.

For products such as fruit and vegetables, flowers and fish however, this new procedure needed a bit more work and early refrigerated containers yielded mixed results – some shipments arrived in perfect condition while others were opened to reveal cargo that was either partially or completely spoiled or frozen solid.

Shipping companies began working with scientists and came up with mobile laboratories that monitored perishable items while they were in transit. Barbara Pratt, now the head of “reefer services” at Maersk Line Shipping Services worked for seven years on a project that led to the development of sophisticated shipping container technology that allows control of airflow, humidity and the way the treated air is dispersed inside the container. This new technology can even control the ripening of fruit to ensure it arrives at it estimation port in peak condition.

Containerisation, as the technology is known today, has changed the entire face of the shipping industry in a brief 60 years. McLean’s invention is seen on the back of semi-trailers, on trains and the decks of ships and barges all over the world. Today around 129 million standard container loads of goods (TEUs) flow freely across time zones around the globe each year ready to be delivered to stores in every city and town. And just as the volume of cargo continues to grow, so too does the size of container ships and their ports of origin and destination.

While there is no doubt that containerisation has changed the way we ship and consume our goods, for many containers that is not the end of the story.

An emerging global fondness for industrial design and upcycling has seen the intermodal shipping container used in a variety of construction applications – from schools, to pop-up bars and swimming pools to apartment complexes.  See more in our earlier post about uses for retired containers.

The modern shipping container is such a ubiquitous feature of our modern landscape it is hard to image that a few short decades ago it was merely twinkle in the eye of one entrepreneurial American.

If you have any questions about how we can help you with the movement of your cargo, please get in touch with Magellan on 1300 651 888.