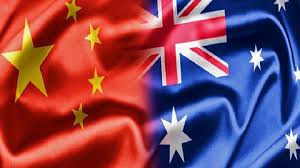 The China–Australia Free Trade Agreement (ChAFTA) is a bilateral Free Trade Agreement (FTA) between the governments of Australia and China. Since the announcement of a joint feasibility study in early 2005, 21 negotiating rounds have been completed and the announcement of the conclusion of negotiations was made by Australia’s Prime Minister Tony Abbott and Chinese President Xi Jinping on 17th November 2014.

The agreement will ensure 85 per cent of all Australian exports will enter China tariff-free, rising to 93 per cent within four years and 95 per cent when it is in full force.

Because it is expected that the above processes will take some time, the agreement is not anticipated to take effect until sometime in early 2016.
If you’d like some more information in this topic, please get in touch with Magellan on 1300 651 888.